The Bunun people live in the Central Mountain Range and are dependent on agricultural production and hunting and harvesting activities. In the early days, the Bunun men who could hunt more than others in games would be considered smarter and more skillful and regarded as hero figures in the tribes. Hunting activities are irregular and are held sometime between December and February the following year. The hunting is not held in summer (June). In winter, animals do not come out for food as trees do not bear fruits. June is the month for millet harvesting, and there is no time to engage in other activities.

The Bunun people use traditional bows and arrows for hunting. In ancient times, they highly valued the training of archery, and every Bunun man is required to learn the skills. We can learn this from their biggest festival, "Malahadisa (Ear-shooting festival),” in which every boy in the tribe is required to participate. During the Qing Dynasty, the Bunun people imported firearms from China, and muskets replaced bows and arrows and became their favorite hunting gear. They further developed their own guns for hunting. During the Japanese colonial period, the use of guns was restricted and some guns were confiscated to prevent the rebellion of the Bunun people. 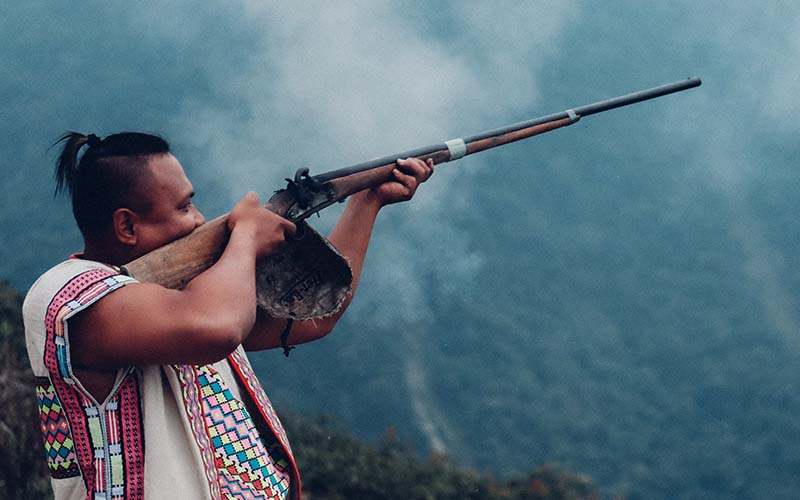 The Bunun people hunt for all kinds of birds and beasts, including sambar deer, boars, Reeves's muntjac, hare, squirrels, Formosan serow, snakes and others, for food. However, they are not allowed to eat Hundred-pace Snakes (Deinagkistrodon acutus). They also make a variety of traps to catch wild animals. Traps are placed on the routes frequented by animals and are covered with dead leaves, and animals are immediately trapped when they touch those traps. Foot-tying traps are used to catch mountain deer, boars, Reeves's muntjac, Formosan serow, and other large wild animals. Gravity traps are used to catch wild rabbits and masked palm civets. Sandwich traps are used to catch small animals such as mice. 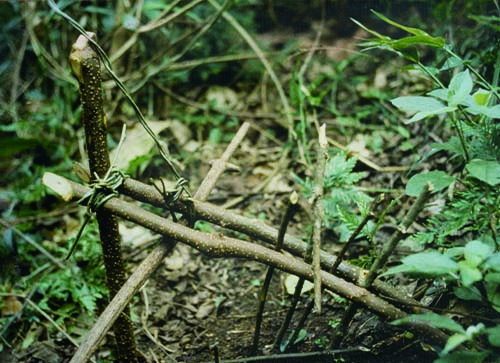 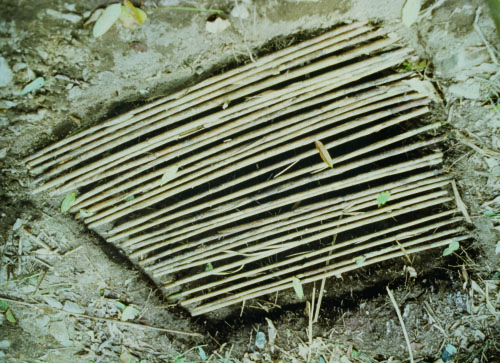 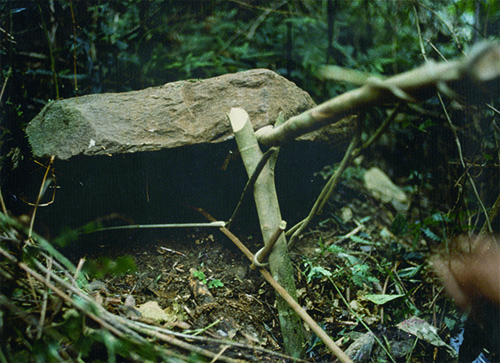