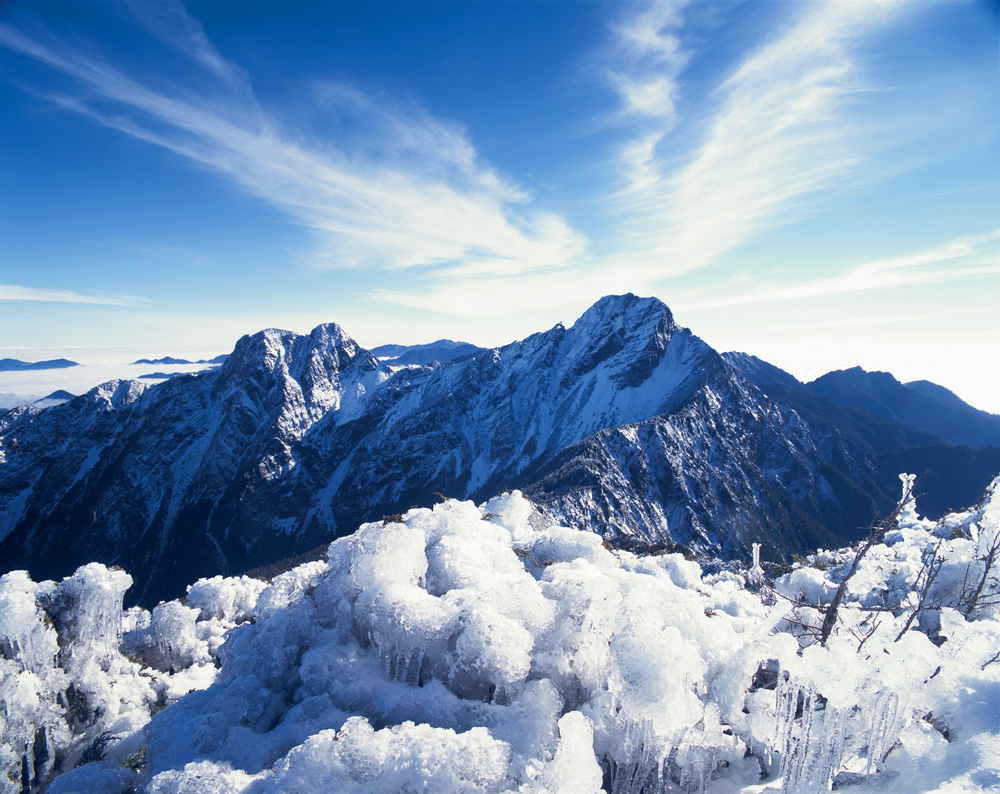 Yushan National Park is located in the central area of Taiwan. It has mountain and cold zone climate types in the subtropics, so it can have snow in winter and is cool in summer. The elevation is as low as 300 meters in Laklak Creek Valley to the east and as high as 3,952 meters for the main peak of Mt. Jade. The temperature varies greatly with the elevation.

For areas above 3,500 meters in the park, the annual average temperature is 5.9°C. The snow season is from December to April the next year, but there are not too many snowfall days. For areas above 2,500 meters, the annual average temperature is 11.3°C. The frequency, intensity, and humidity of cold air masses traveling south determine whether it snows in the areas. For areas above 2,000 meters, the seasonal changes can be distinct, offering looks of budding green in spring, summer flowers everywhere, autumn maple shades and winter snow. The ever changing looks of clouds and fogs also bring out the best dawn and sunset. These changes in natural scenery are the main draw of the areas to attract visitors to take tours and climb up the mountains.

The park has abundant rainfall, receiving average annual precipitation of 3000 to 4700 mm. The rainy season is from May to September, with May and early June being the monsoon season and the period from June to September having typhoons and thunderstorms. The rainy season can be long and brings a lot of rain.

Due to the high terrain, air circulation and condensation, the Central Mountain Range area of Yushan National Park has an average annual relative humidity of 80%, and the other areas are above 85%. The relative humidity does not change much from month to month. From November to January, the monthly relative humidity is drier due to less rainfall and can go to as low as under 75%.