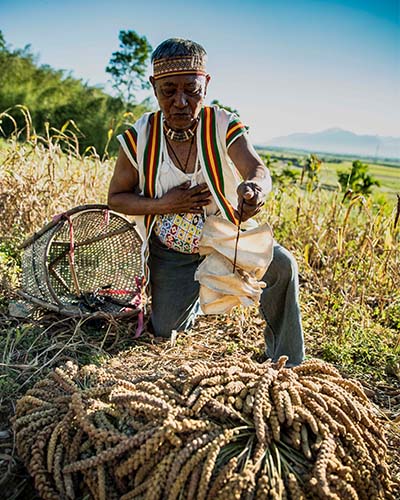 It is a big family dominated by father figures which incorporate people from other ancestors. Everyone lives together under the same roof, shares millet from the same warehouse, and shares game meat from the same hunting ground. As the population grows, some people start to move out of the original homes and independently create their own new world.

For those who part ways with the original families, they stop eating the millet from the original warehouse and consider the millet selected for planting for next year as "forbidden millet,” and it is believed that eating the millet will bring disasters. However, there are also new and original families, or new families, who, after generations, have not forgotten that their ancestors once shared millet from the same millet warehouse. However, because the ancestors were once family members, the offspring of these groups of people cannot marry each other. Property inheritance in the Bunun tribe is entirely based on the family as the unit. The family property is controlled by the head of the family and then shared by all family members. Under the principles of patrilineality, the position of the head of the family is held by the most senior or oldest man. Starting from a family living together, followed by clans, sub-tribes, and joint tribes, the rigorous patrilineal clan organization is then formed.