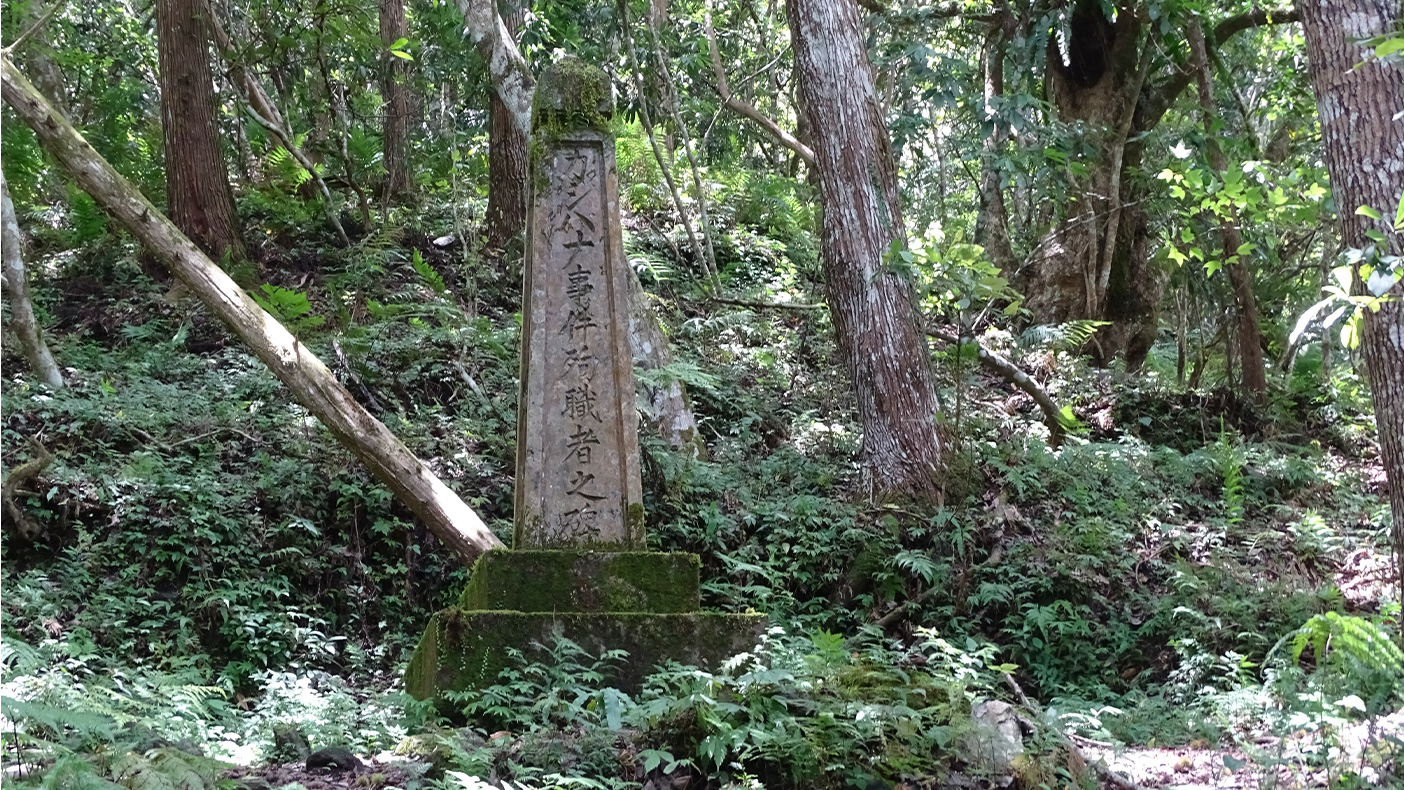 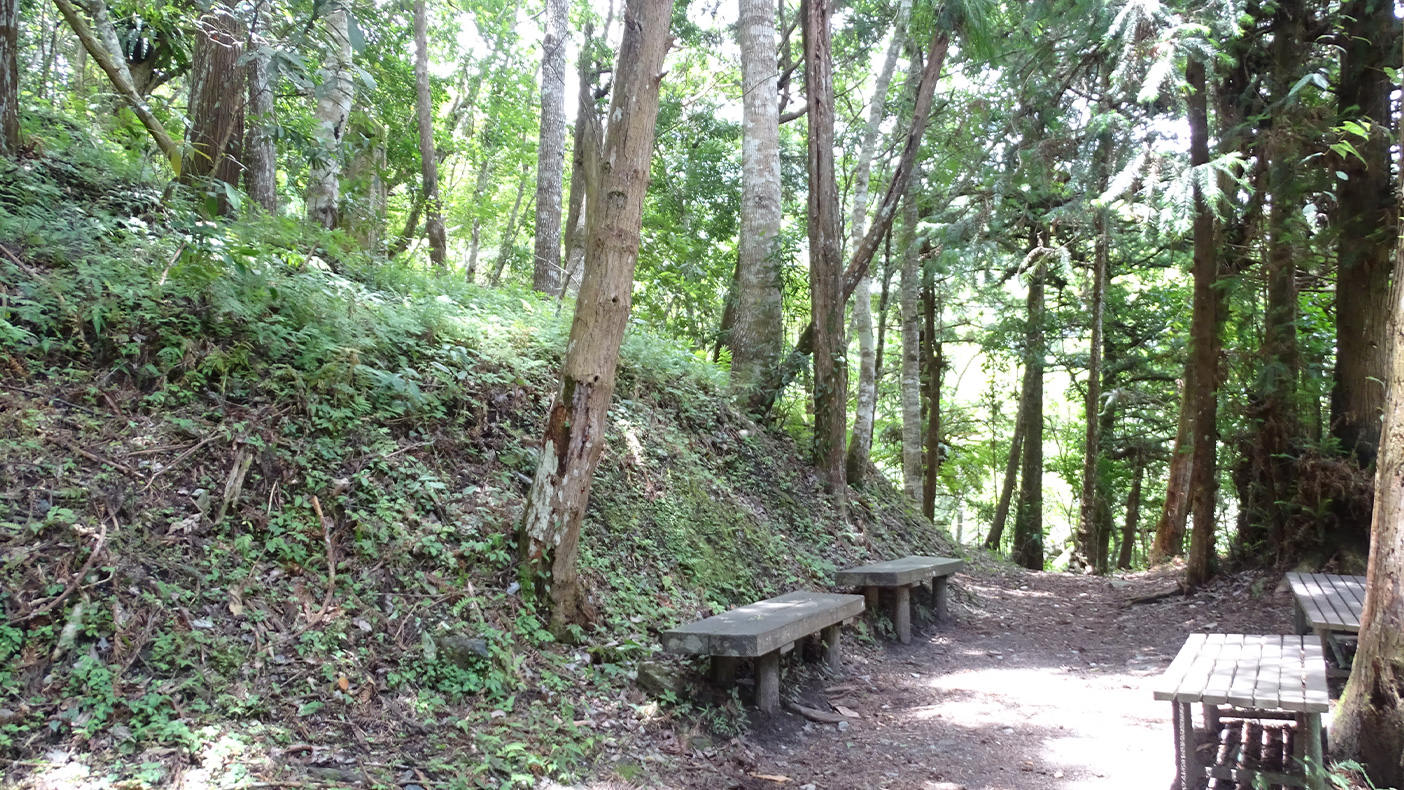 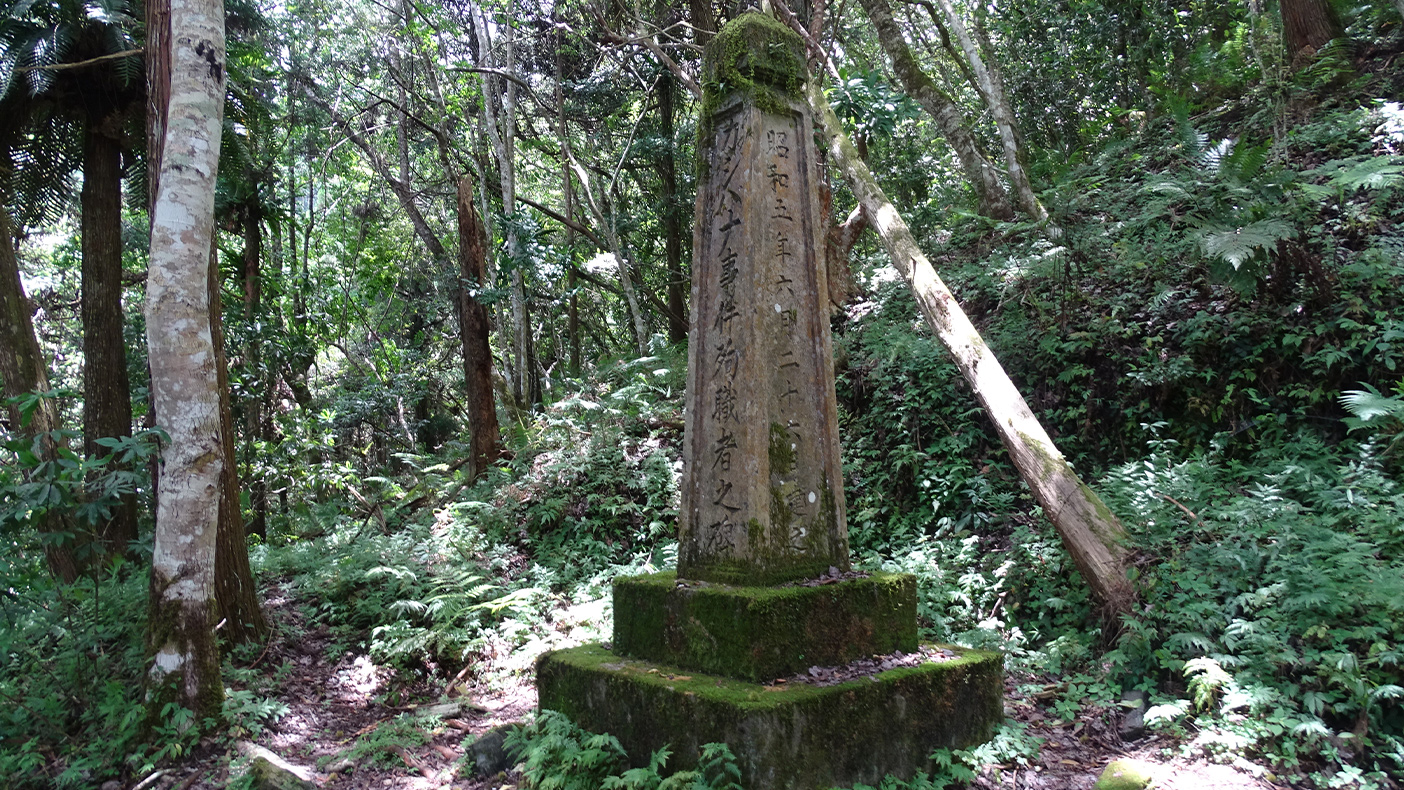 Kaxipanan Monument is 8.7 kilometers from the trailhead. In 1915, the Japanese government seized the hunting guns that the Bunun people needed to use for their livelihoods, and the Bunun people rebelled. In May 1915, there were incidents of the Bunun tribal people from Kaxipanan, Masisan, Dafen, and Asang-laiga communities attacking police stations and killing Japanese police. The Kaxipanan Incident (occurred on May 12, 1915) had an intense impact. Within one week after the successful rebellion of the Kaxipanan community, several other places on the Laklak Stream basin experienced rampage of the Bunun people attacking police stations, and this laid the foundation for the Japanese government to spend greatly on constructing the Batongguan Traversing Trail. The Japanese government established the Kaxipanan Monument to commemorate the Japanese policemen who died in the incidents. The monument stands alone beside the trail, quietly telling the history.